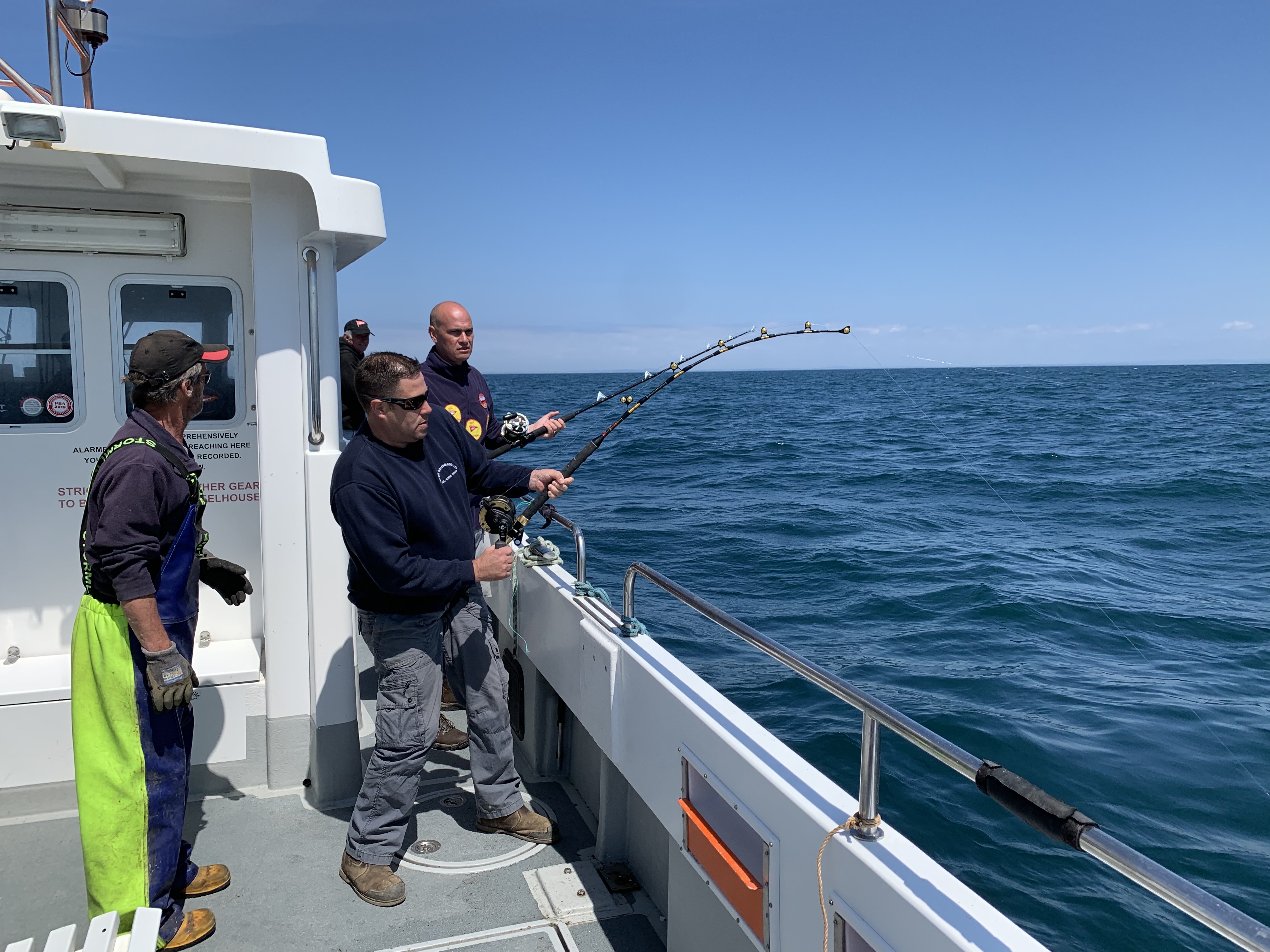 Tim Macpherson pays a visit with the Angling Trust’s Head of Marine, David Mitchell, to this year’s shark festival and goes out with some of the competitors on Murray Collings boat Swallow II

The annual shark festival in Looe has been going for many years and attracts 15 plus boats and 60 or so Shark anglers every year. You can only fish in it if you are a qualified member having caught a fish bigger than an estimated 75lbs (now worked out on a length to girth calculation). But it is, when the weather plays ball, a spectacular event. 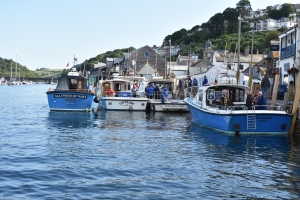 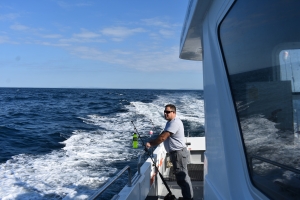 As we’ve documented there has been some recent controversy, most of it ill informed, surrounding the targeting of sharks by anglers, sparked by a social media post of a large porbeagle caught in North Cornwall. However safe handling of sharks is something the Shark Club of Great Britain take very seriously and have done for a while. 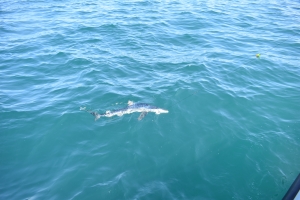 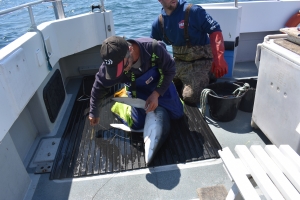 They want to help protect these lovely ocean going torpedos and their rules reflect this – no landings and all fish released. Fish are only brought on board for tagging. Blue sharks, like most elasmobranch species, are endangered species and although numbers have recovered over the last few years there is still overfishing, particularly by long-liners who catch these fine creatures in (international waters) to export their fins to the lucrative Japanese market. 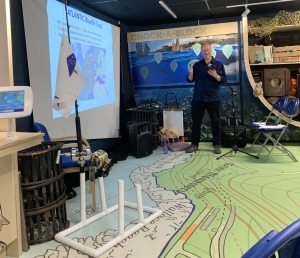 To highlight this, during this year’s event week, an evening event was arranged so that skippers and anglers could find out more about these threats and the reality of shark stocks. Associated with this is the Bluefin Tuna UK campaign which is gathering pace in its attempt to create a recreational fishery in the south west. Tuna are often a by catch of shark angling and there is a growing feeling that a recreational fishery could rocket boost the economy of Cornwall, west wales and Ireland if managed correctly More on that on page 10.

The Shark Club have just joined the Angling Trust because they see joining forces with the clout of the Trust and its campaigns team will help them to explain more effectively to the conservation groups, the wider public and to politicians and officials too, that they are best placed to help the preservation of sharks. After all there is very little the skippers of Looe don’t know about the movements and habits of blue sharks in Cornwall and this intel will be vital in the fight to help them thrive. To seal this relationship I took along David Mitchell, Head of Marine, at the Angling Trust to meet the club, anglers and skippers and see for himself how they operate.

The day itself was glorious, sunshine and a light breeze (which served to cool us down 22miles offshore). A bit of breeze is vital for successful sharking. The chum trail needs to ‘cone’ away from the boat and a good drift facilitates this. Flat calm means that the drift is slow and the chum slim just sits round the boat reducing its effectiveness.

Once reached the mark, Murray started to get the chum ready. He had it all set up in barrels.

We had four chum-bags one in each angler’s position, and the slick started to spread away from the boat. The idea is to create a ‘cone’ or ‘pyramid’ of particulates in the water column and. Each angler fishes, in the chum-line, at a different depth and distance from the boat, so as to maximise the coverage of the volume of sea behind the boat that the fish are attracted to 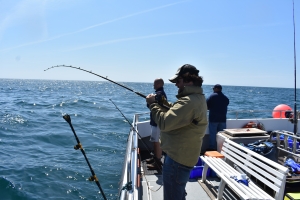 It wasn’t all action sport. One thing about shark fishing is you have to spend a lot of time hanging around waiting for the fish to pick up the scent, sometimes from many miles away. As we know, sharks have a very sensitive sense of smell and can detect fish detect low concentrations of fish oil from several hundred metres away and, of course, with currents carrying these scents further they can be lured in from miles around.

It was almost three hours before we had the first run but one of the things about this kind of fishing is its all action for short bursts with long periods of waiting. In the meantime, we took it in turns to catch mackerel (for bait) and a succession of huge whiting which were used for the chum. 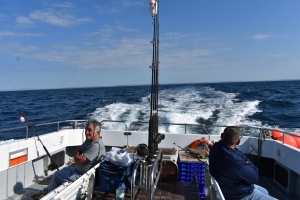 By the end of the day we’d had three, all falling to the same angler – something which happens a lot. There is something rather special about seeing these beautiful animals coming up through the clear water, such graceful movement. They have these long stiff pectoral fins which act like aeroplane wings providing lift as it glides through the sea. Blue sharks can travel many thousands of miles in one year so the ability to swim effortlessly over long periods expending as little energy as possible is crucial.

All too soon or day was finished and we were able to sail into to port with three blue flags on the mizzen. It turned out the other boats, some from as far away as Lyme Regis in Dorset, had done as well as we had so the first day of the Festival had produced more than thirty sharks. It was time for us to leave Looe but over the week the weather was kind and a total of 83sharks were caught and released. That’s a lot of tags.

The Festival winners’ board! 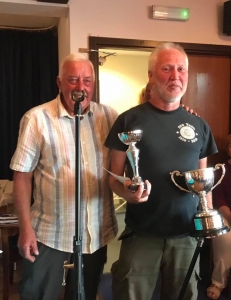 The club was founded in Looe, Cornwall over sixty years ago by Brigadier J L Counter with the aim of connecting the most passionate of UK game anglers in what they like to think is one of the most exclusive clubs in Europe, if not worldwide. The club uses the Looe social club and a local pub, The Jolly Sailor, as its base. Every year they run a three-day Shark Festival from the town quay with the involvement of most of the local charter boats.