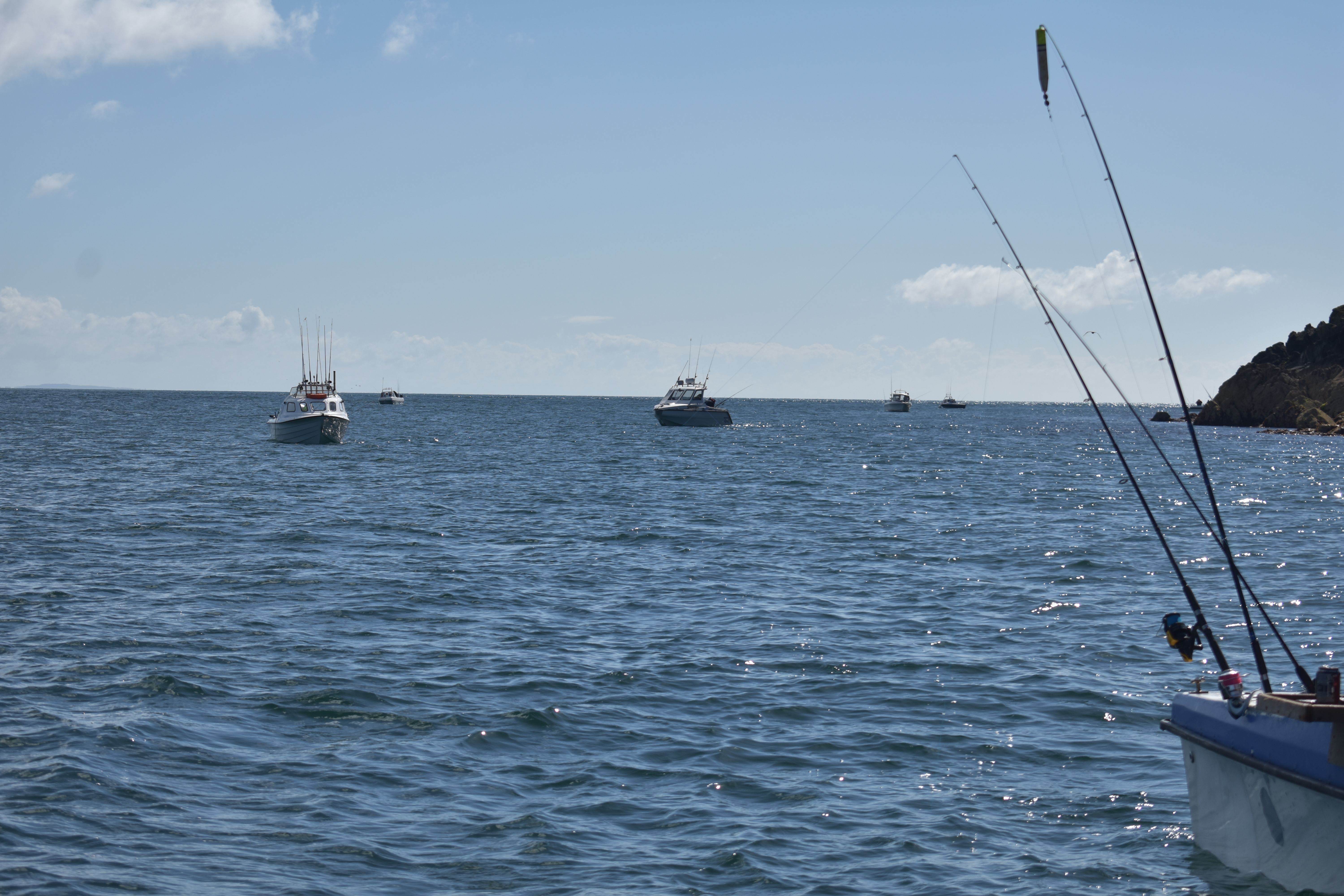 Regular readers will remember our report on the inaugural event held on the August Bank Holiday weekend last year. Well this year, organised by a dedicated committee of anglers who fish the Mull regularly, including the Chair and local charter skipper Ian Burrett, it attracted 41 boats and over 100 anglers. The competition is a two-day species hunt and since the waters around the Mull are home to an estimated 54 species of fish this gives plenty of scope for a great competition. The 2018 winner, Mako Wish, caught 24 species in total, (this was in one day as the second one was blown off) so the potential for some boats to get over 30 was certainly there. 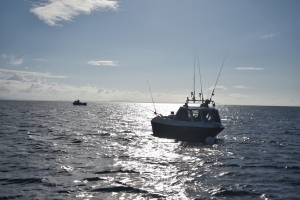 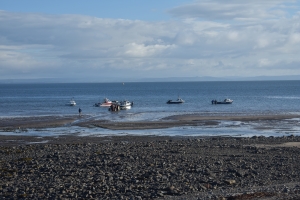 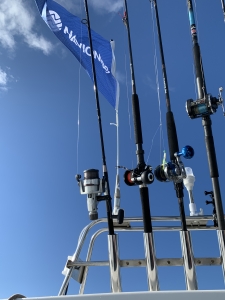 The Mull is a beautiful place when the sun comes out, grim when it is windy and wet so we were all praying for some good weather and, boy, did we get good weather. Over the two days we experienced some of the best of Scottish weather setting the scene for a spectacular experience and allowing one of the days to be fished from Port Logan on the West of the Mull. 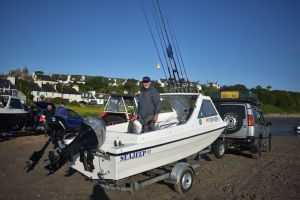 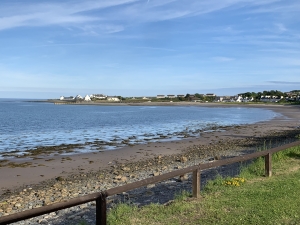 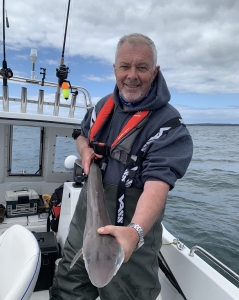 I was fishing with Les Weller, in his boat Tanga Roa (Maori for God of the Sea) and we decided that we would target our species carefully and stick to a plan. I’ve found in the past when species competition fishing, if you start chopping and changing it all becomes a bit speculative. On day one we started by going for easy hits first, just to get our species numbers moving.  So off we went to the Mull to fish for mini species tight up against the rocks under the headland. This requires anchoring about 30m from the rocks…. We had the same idea as a load of other boats so there was a line of us all along the edge of the Mull. Sadly, my previously successful, mini fish tactics deserted me and we only had four species, including a dogfish – the tide was probably a bit strong for the small wrasse and blennys.

We then went around Luce Bay and by the end of the day we had nine, not great and not bad. In 2018 we had 18 species (albeit in another boat) so we were well back in the pack. Our nine included smoothound (caught on a tiny piece of squid in a size 1 hook on a spinning rod), thornback (ditto), tope, whiting, cuckoo and ballan wrasse, mackerel, pollack and dogfish. 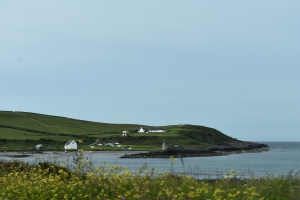 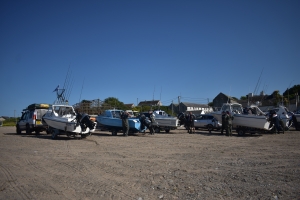 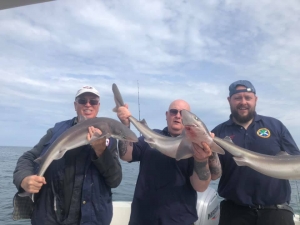 We were due out of Port Logan a lovely little port facing into the Irish Sea and the day’s weather was glorious and at times it felt like we were bobbing about in the Med rather than the Irish Sea – one of those things about Scotland’s west coast I guess – feast or famine! Les and I had plan for the second day, and although it didn’t work quote as well as the first day- 5 species – I did manage to land my first ever haddock. We knew we would struggle to catch up with the leaders particularly as the engine was still misfiring and we were not confident of going to the deeps to catch spurs. However, we did find a nice bay nearby and I landed plaice dabs and grey gurnard very quickly during the morning session. The haddock and cod followed by lunchtime but after that we spent the rest of the day trying for coalies and tub gurnards to no avail.

One of the boats which took part, Enda Line, caught my eye. It was very smart but looked to have a certain vintage and sure enough it was a 1969 model restored lovingly by the owner. It was beautifully done and when it came gliding past us both Les and I remarked that it was probably the best looking boat in the competition. 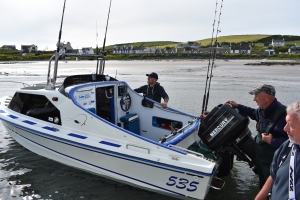 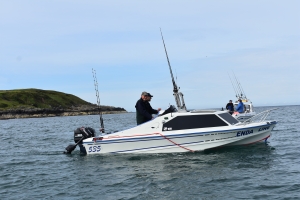 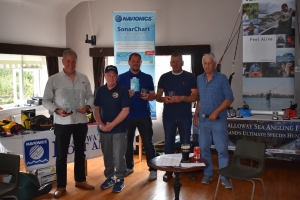 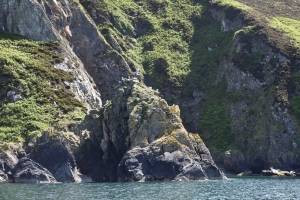 The overall winner was Stuart Atkinson’s boat Solway Venture with 28 species between the crew. They only won courtesy of having beaten second placed Tartan Spartan (Jason Nichol’s boat) on overall length of fish caught – they both had 28!

The top ten boats were

Many thanks to the sponsors who provided prizes and other benefits: Nomura, Sidewinder, Daiwa, Navionics, Sports Shop Stranraer, Luce Bay Caravan Park, The Clashwhannon and Saltwater Boat Angling 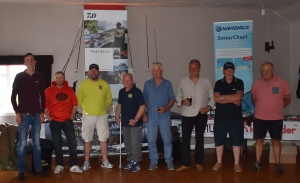 Many thanks to the committee members who performed a great feat of organisation in getting the event off the ground:

Martin Appleton (Owner of the Clashwhannon)