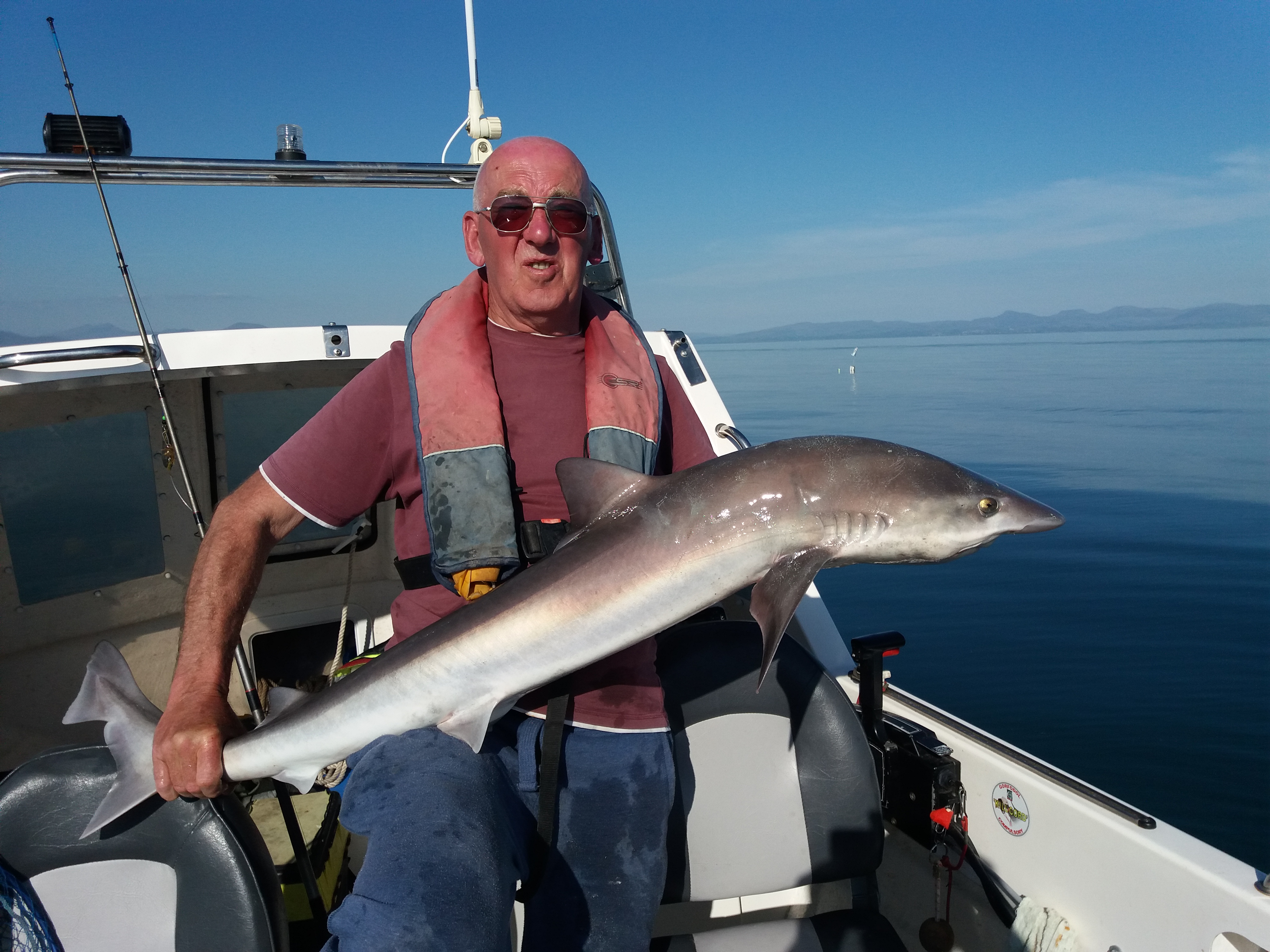 After announcing a new sponsorship deal with Penn for our competition we can reveal the winner of the first draw held at the end of June. The lucky angler is John Watton who caught a monster 60lb tope at Causeway Bell in Pwhelli. John will have the chance to win £1000 of Penn tackle in the final which will be fished in the spring of 2020. Well done John. If you want to enter then send your fish picture to: editor@saltwaterboatangling.co.uk

The sun seems to have finally come out and we’re all able to get out fi shing in these long summer days and there have been some spectacular catches. We’ve been fortunate to have had a fabulous four days in Scotland fishing in the Mull of Galloway Sea Angling Festival – a species hunt organised by a committee of Mull angling fanatics headed up by local Charter skipper Ian Burrett. (There is a report oil the latest issue of the magazine which you can subscribe to on this site). I was impressed, not only with the variety of fi shing on off er, but also the excellent organisation. I’m looking forward to next year already.

It is a common lament amongst anglers that there aren’t enough youngsters coming into the sport. It’s something I’ve been hearing in angling clubs for more years than I care to remember. But there are people doing something about this. One such fellow is Reg Phillips a Shoreham by Sea based boat angler who over the last six or seven years has been organising Family fishing days in Shoreham. With the help of the Angling Trust, who provided some funding, Shoreham Port Authority, two local Charter Boats, local tackle businesess and Sussex based coaches he’s providing opportunities for local families to sample sea angling.

On the last Sunday’s of June, July, August and September families can come down try their hand at catching fish in the harbour basin and get a free trip out mackerel fishing on one of two local boats; She Likes it Two and New Dawn. It’s incredibly popular and creates a real buzz and is one small step in the battle to keep our sport alive.

It’s the sharking season and I accompanied the Angling Trust’s Head of Marine, David Mitchell, on a trip to Looe for the annual shark festival. There is more on this on page 24. Eighty three blue sharks were boated and released during the week and we’re now getting reports of big porbeagles being caught near Portland Bill. In addition thresher sharks have been spotted breaching off Dungeness in Kent. The picture here was taken by a bird watcher (John Bunting) who heard a splash and was lucky to see it. A great sight!