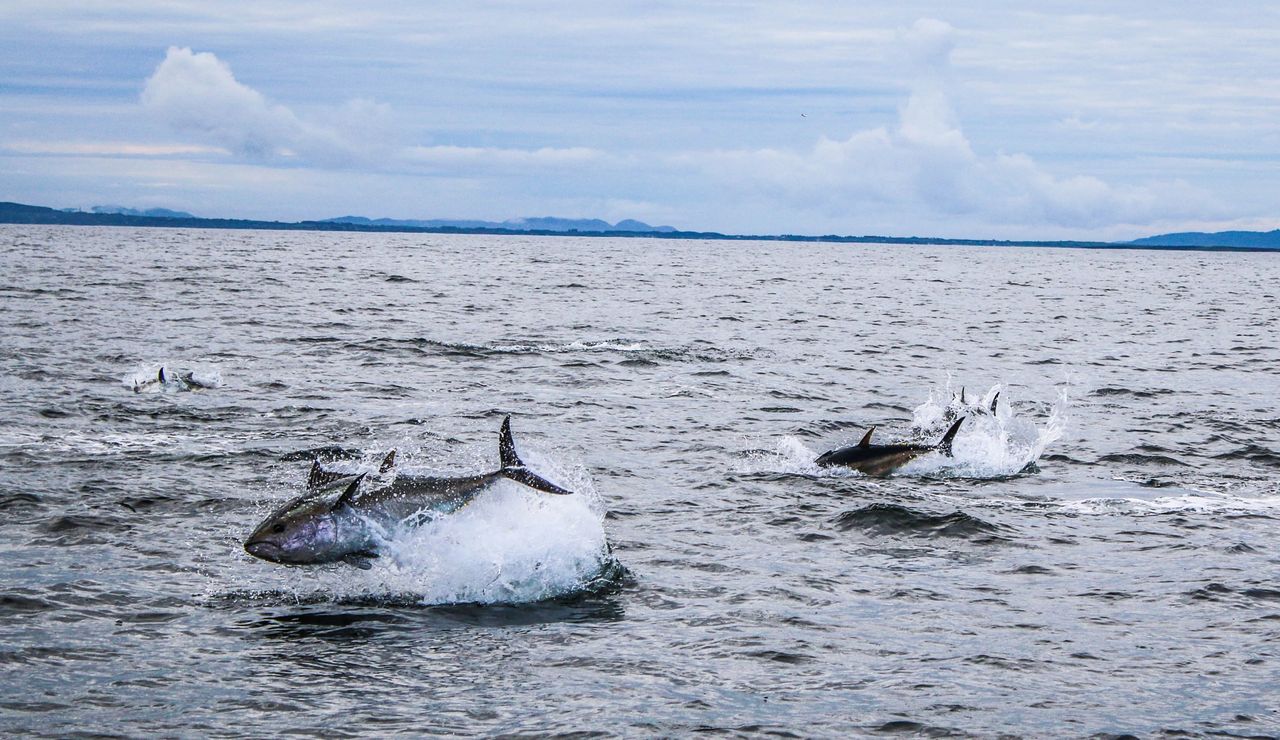 These amazing fish have made a spectacular return to our waters but what is their stock status and is it possible we’ll be able to catch them any time soon?

As I write this I’ve heard about a massive shoal of hundreds of blue fins spotted by Looe based skipper Murray Collings while he was out fishing a Cornish shark mark. On the trip he also boated a massive blue shark estimated at 805lbs – which is pretty much the record for these waters. (Although this magnificent fish went back – as is the way with all sharks caught in the UK now). But I was more taken by the sheer numbers of tuna he spotted.

Now these fish have been coming back to our waters pretty much every Autumn since 2016 and hanging around until the end of the year, sometimes into January. They are spectacular fish, and one of the most sought-after game fish in the world. So why have they suddenly appeared.

I spent some time taking to Steve Murphy, founder of Blue Fin Tuna UK, a campaign group started to try and get anglers a recreational quota for the UK and he explained in detail what has happened. You can listen the full conversation on our You Tube channel here or and on our soon to be launched podcast series.

Some people will remember that in the early part of the 20th Century Bluefin’s, or Tunny as they were referred to, were caught regularly in the North Sea and there was a famous club based in Scarborough which used to fish for them. They vanished partly because of the crash in herring stocks but also because they were driven to the edge of extinction, globally, by over fishing. There are also environmental factors at play, based on the fluctuation of the warming of our seas – something connected to but not necessarily driven by, climate change.

Since the late 90’s and early 2000’s, when tuna were almost wiped out, there has been a concerted effort to limit commercial fishing, something which has led to a recovery in the stock. Coupled with an increase in anchovies and other bait fish in our waters (which is driven by warmer seas), these fish started to show up in greater numbers in the western approaches and around Ireland.

Now we have a regular stock of fish visiting and with it the prospect of creating a recreational fishery in the west country. Research projects have been undertaken, firstly by the University of Exeter using satellite tags and hopefully in 2021 by what is being dubbed the UK CHART programme – both use licensed anglers and skippers to catch bluefin tuna, tag them and return them.

The plan is to use the data collected to prove to I.C.C.A.T (The International Council for the Conservation of Tuna), who manage the global quota of tuna, to give the UK a recreational quota. If this is achieved then we’ll be able to create what will effectively be a big game fishery in the South west of the UK – and maybe elsewhere too.
Huge economic benefit
It is estimated that the economic benefits of a catch and release tuna fishery in the southwest and Wales will be massive. A single tuna at market might fetch £2000-£3000 for a commercial fisherman but, we estimate that local economies could see an uplift in activity in the 10”s of thousands per charter boat for each season (based on chartering a boat at £750 per day) – if just ten boats had licenses to target them they could generate ££7500 per day plus all the other expenses that will go into the local economies when there are hundreds of anglers coming to the West Country and Wales. It’s a mouth-watering prospect and one the struggling coastal communities in those areas could really do with right now.

For now, though, we just have to wait and watch, anglers are catching them by accident when shark fishing and it’s important that the right gear is used, and the right recovery protocols once the fish has been brought to a boat. Steve Murphy explains this in more detail in the latest issue of he magazine but also here ( https://www.saltwaterboatangling.co.uk/blue-fin-tuna-how-to-handle-them/
on this website.

It’s really exciting to think we might have the possibility of fishing for the one of the premier sport fish on the planet and without the need to travel thousands of miles to target them. The angling community in the UK has some incredible fishing opportunities to look forward to in the mid 2020’s and I for one will be one of the first to have go for them.