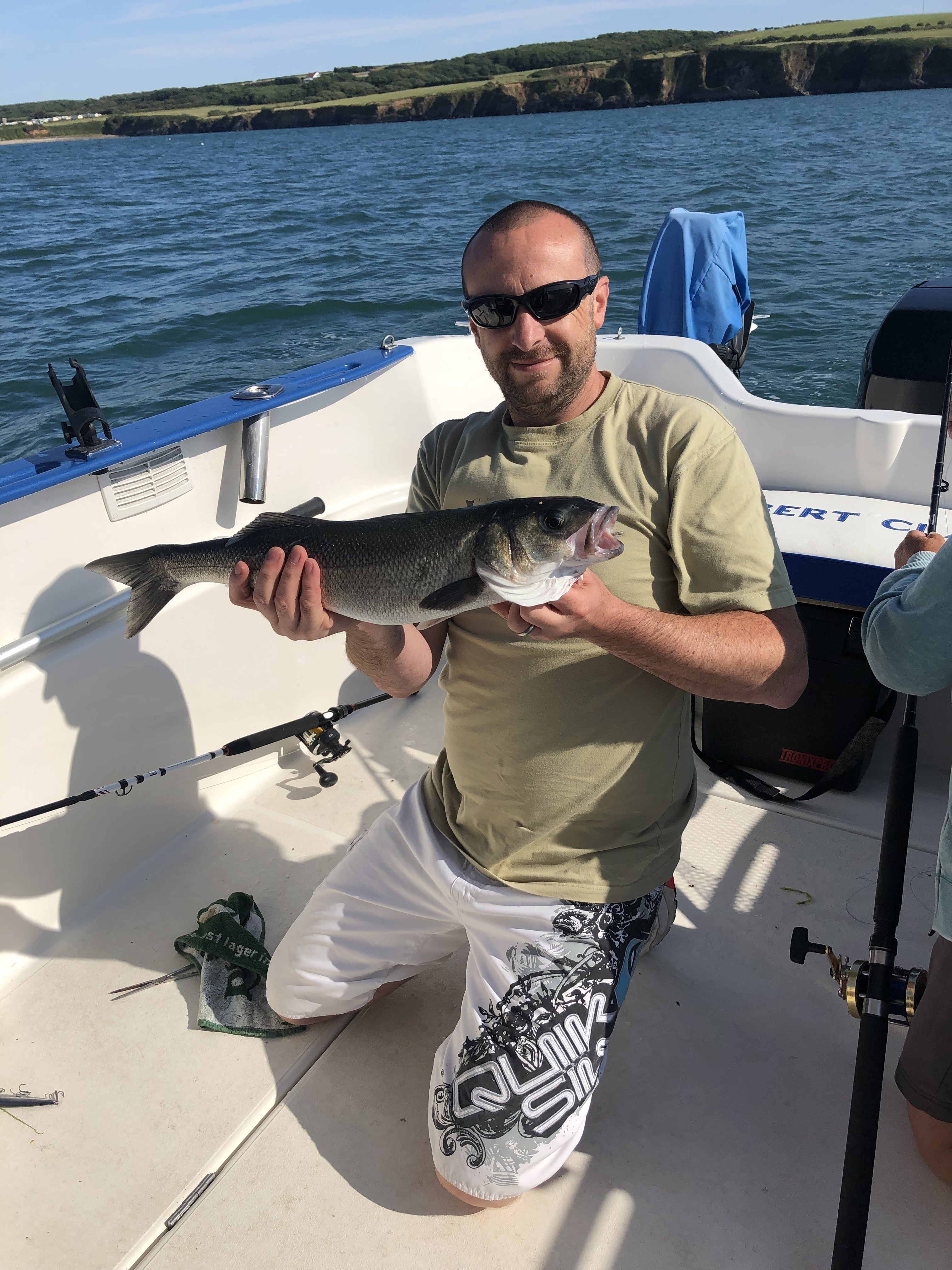 This months winner is Rob Cornish with a bass of 5lb 6oz, caught on board the Robert Clare out of Milford Haven. He was drawn out as the winner in our latest Penn Big Fish Draw. He progresses to the final, held next spring at a venue to be confirmed, along with the 4 other current winners; Ken Savage, John Watton and Allan Booth. They get to fish for £1000 of Penn tackle in the New Year. 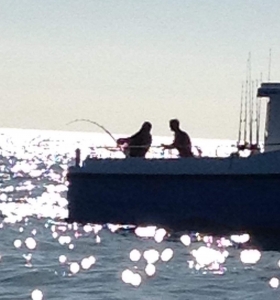 The shark season is still in full swing and news reached us recently of a really big thresher which was caught, and released unharmed, by Alex Mackay by fishing on board Murray Collings boat Swallow II which is based in Looe. Alex tells us that the fish took five hours to land and although he hooked it more than 10 miles off shore by the time it was beaten they had been “towed inside 4 miles. The fish breached a couple of times and on one occasion a similar sized fish also breached behind it. Threshers are known for jumping. The fish was estimated at 14ft long and must’ve weighed somewhere between 600lb and 800lbs.

They do grow bigger; the largest thresher shark ever recorded was caught in British waters. In 2007 a commercial boat was caught one while trawling for squid off the coast of Cornwall It was 32ft ling and weighed 1250lb. The British record is was caught near the The Nab Tower off Portsmouth in 1982 and weighed 323lb and a further specimen of 368lb was caught during a trip aboard Dan Hawkins charter boat ‘Reel Deal’ in 2016. 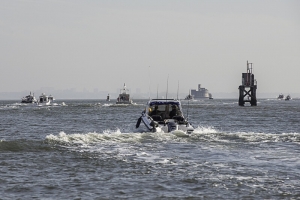 The organisers have announced that the 2020 Thames Boat Championships will take place on Thursday May 28thwith a reserve date 11thJune. The competition, sponsored by Navionics and Saltwater Boat Angling, starts at 7am and finishes at 4.30pm. The rules will be confirmed nearer the time, but it is usually based on who catches the biggest bass, smoothound and ray. Can’t wait! 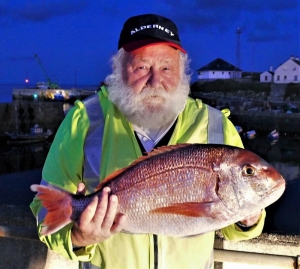 A giant Couch’s Bream, weighing 8lb 5oz 5dr, was caught by retired cabinet maker Steve Darby. The fish of a lifetime took a whole mackerel head intended for ling on a mark of rough ground known as The Patch just 16 miles from Alderney. Steve, from Devon, was on board the Exmouth-based boat called RoseAnna which brings parties across from the UK to spend a few days in Alderney waters. It didn’t quite beat the British record, which is 9lb 5oz 3dr, but it is a notable fish all the same.

The annual Mersey Cod open, organised by the Wirral Boat Angling Club and the Prescot Angling Centre is taking place on January 5th2020. There is a £1000 prize for the heaviest cod and prizes for juniors as well.  For more details look on the WBAC Facebook page or 07429275526.

The annual Species League, organised by Ray Evans has revealed the dates for the 2020 competition. Fished between February and December there are twelve dates now available (see Competition Diary). The venues are all over the country including Newquay, Minehead, Poole, Lyme Regis, Tenby, Lymington Dartmouth, Rye, Sheerness, Littlehampton and Weymouth. It is fast becoming one of the most important species leagues in the boat angling calendar. For more detail go to the Species League UK Facebook page.