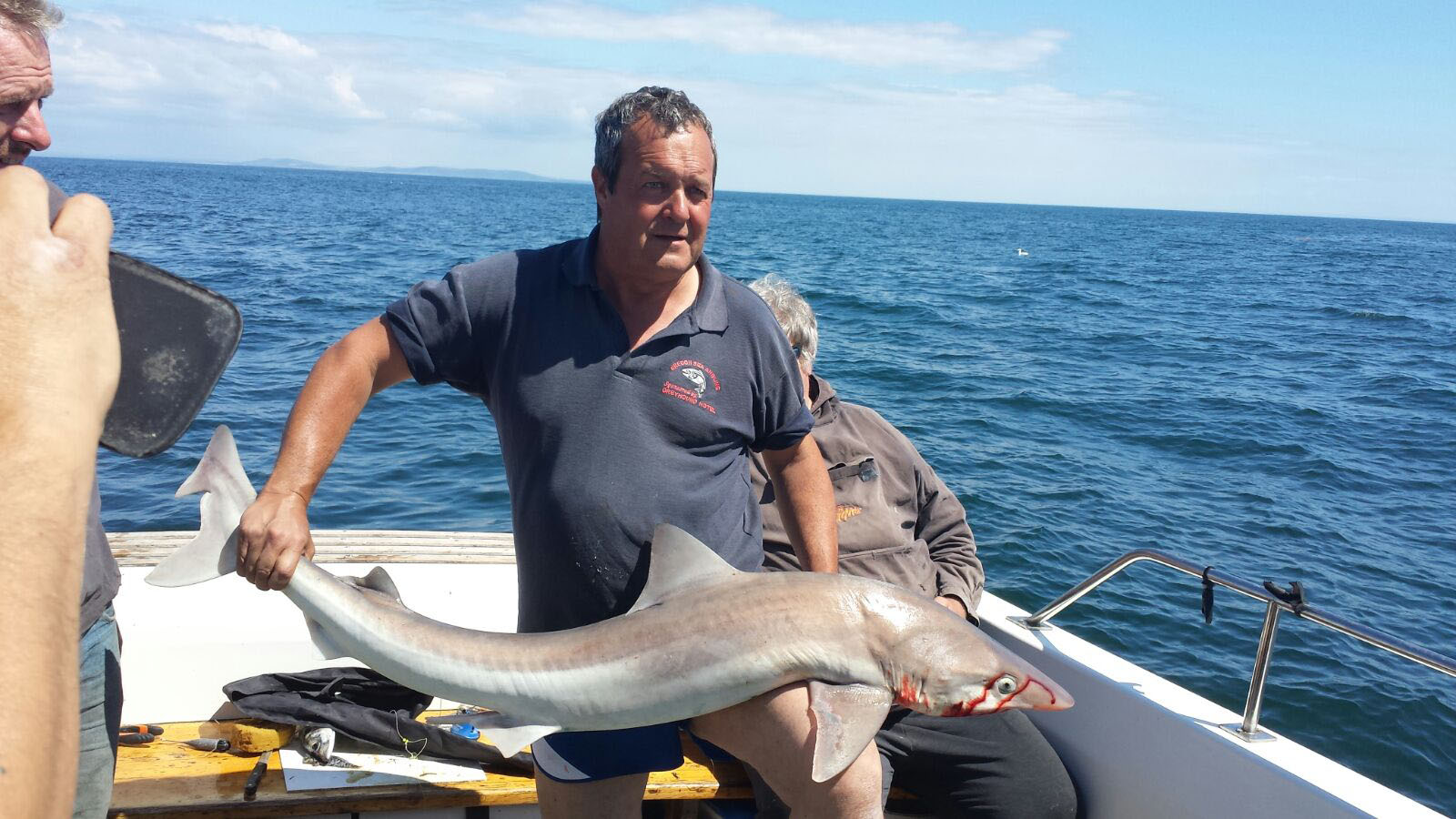 The latest winner of the Big fish draw was made recently and the lucky winner is Ken Savage who bagged a 32lb tope while fishing from Laugharne in West Wales. Congratulations to Ken and he’ll be fishing in the Big Fish final next spring. Keep sending the fish pictures in to editor@saltwaterboatangling.co.uk

Sightings of bluefin tuna have been coming in regularly from all along the south coast over the last few months – and not just in Cornwall where they’ve been coming in during October and November for a few years now. These amazing fish have been spotted 3 miles off Eastbourne right up in the eastern channel (where we’ve had a massive surge in mackerel shoals since August) and by numerous charter boats fishing 20 miles or more off the south coast. They’ve been accidentally hooked by shark fishermen from the Isle of Wight to Falmouth but of course, as recreational anglers, we cannot target these fine fish.

There is a currently tagging programme running in Cornwall which is designed to find out more about these fish and the size and range of the population. Running alongside this is a campaign, headed by Bluefin Tuna UK working in collaboration with the Angling Trust, the purpose of which is to build a case for the UK to apply for a recreational angling fishery. It is a once in a lifetime opportunity to establish a licensed, regulated live release recreational bluefin fishery which will bring huge benefits to coastal communities.

Let’s hope its successful and we can look forward to some epic angling opportunities in the years to come.

With the current shambles, and manoeuvring, over Brexit dominating everything political one casualty has been the fisheries bill. Because Parliament was prorogued all bills currently going through automatically fell – this is a shame because it was the first-time angling had been specifically mentioned as a stakeholder. We are reliably informed that when the next Queen’s speech is presented the bill will be represented and angling will feature in the same way, perhaps in strengthened terms. This would represent a significant breakthrough for recreational anglers. Let’s hope whomever wins the coming General election that this will come to pass.