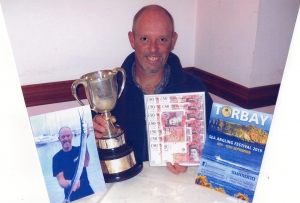 The festival, fished within an area marked by Bolt Head in the West and Pinhay Bay to the East of Exmouth and up to 39 miles offshore, drew its usual large entry.

Two hundred and ninety seven (297) fish across thirty-four species were recorded at the six weighing stations over the nine-day competition.

This year the dominant species was small-eyed ray with fifty-six recorded, most being taken at the Skerries Banks off Start Point, Lannacombe Bay and the outer Salcombe Estuary.

Other big scorers were:-

Unusually only single examples of ling, turbot and spurdog were recorded but the capture of a red bream the first to show for many decades in the festival confirmed the species is beginning to return to South West Waters.

Special Category Awards each worth £350 plus tackle. 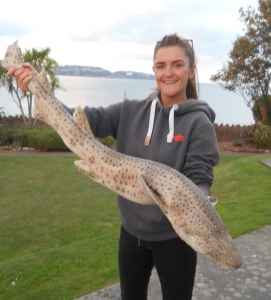 There were in excess of 2,250 day entries and attendance at the presentation of awards held at the Livermead House Hotel was approximately 160.  An auction of tackle and marine vouchers raised £250 for the Brixham Lifeboat Fund.

The Festival Committee traditionally makes a donation to the RNLI once the dust has settled and all the money counted.