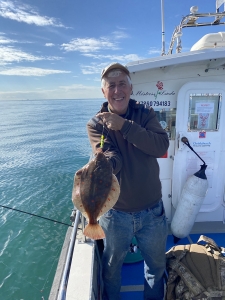 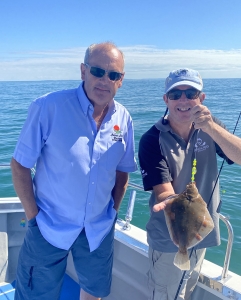 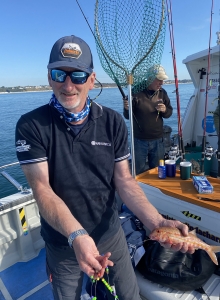 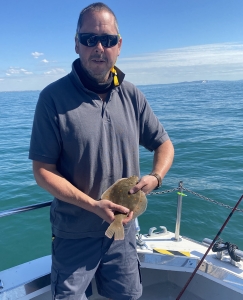 Poole is one of my favourite ports to fish from. The huge variety of fishing available makes it a go to venue for species and specimen hunters from all over the UK. You can target black bream, rays, plaice, turbot, sharks, bass, tope amongst others and with more than 60 species to catch. In fact, anglers can probably catch just about every Channel species from the port across the year. There is the added bonus that, because of the vast inland sea inside the Harbour around Brownsea Island, you can fish in just about any weather which makes it a great venue for competitions.

The day was organised for some of the Angling Trust people who helped in the recent campaign to allow angling activity to resume in the spring. they did this in partnership with the Professional Boatmans association whose Chair is Phil Higgins, skipper the boat we went out on. The crew comprised three predominantly freshwater anglers from the Angling Trust and Fish Legal; Martin Salter (Head of Policy), John Cheyne (National Regions Manager)  and Mark Phillips (newly appointed Fish Legal Committee Member) and myself (a Director of the Trust)  - but all people who were involved in various aspects of the aforementioned campaign.

We had two targets on the radar: plaice and bass. Apparently none of the anglers on board had caught plaice (apart from myself of course) so I was the designated expert in catching these feisty flat-fish...an ominous sign as it turned out.

We embarked at 8.30 and headed out into the bay to start on the plaice… a task which proved quite difficult throughout the day as it turned out. Phil took us to a number of the local plaice marks and although things started out well when he caught the first one very quickly we became plagued with small bream which soon drove us out further to try various different spots. There were a number of other boats out on the water, predictable on such a nice day, but it was useful to be able to compare what we were catching. We had gurnards, bream and all sorts but very few plaice. Judging by the reports coming in from other boats in the area they weren’t doing very well either -  the fishing was tough.

Even when the tides, bait and weather all work together there is never a guarantee you're going to catch, however experienced you are. Its the beauty of angling I guess. We wouldn't do it if it was easy all the time. 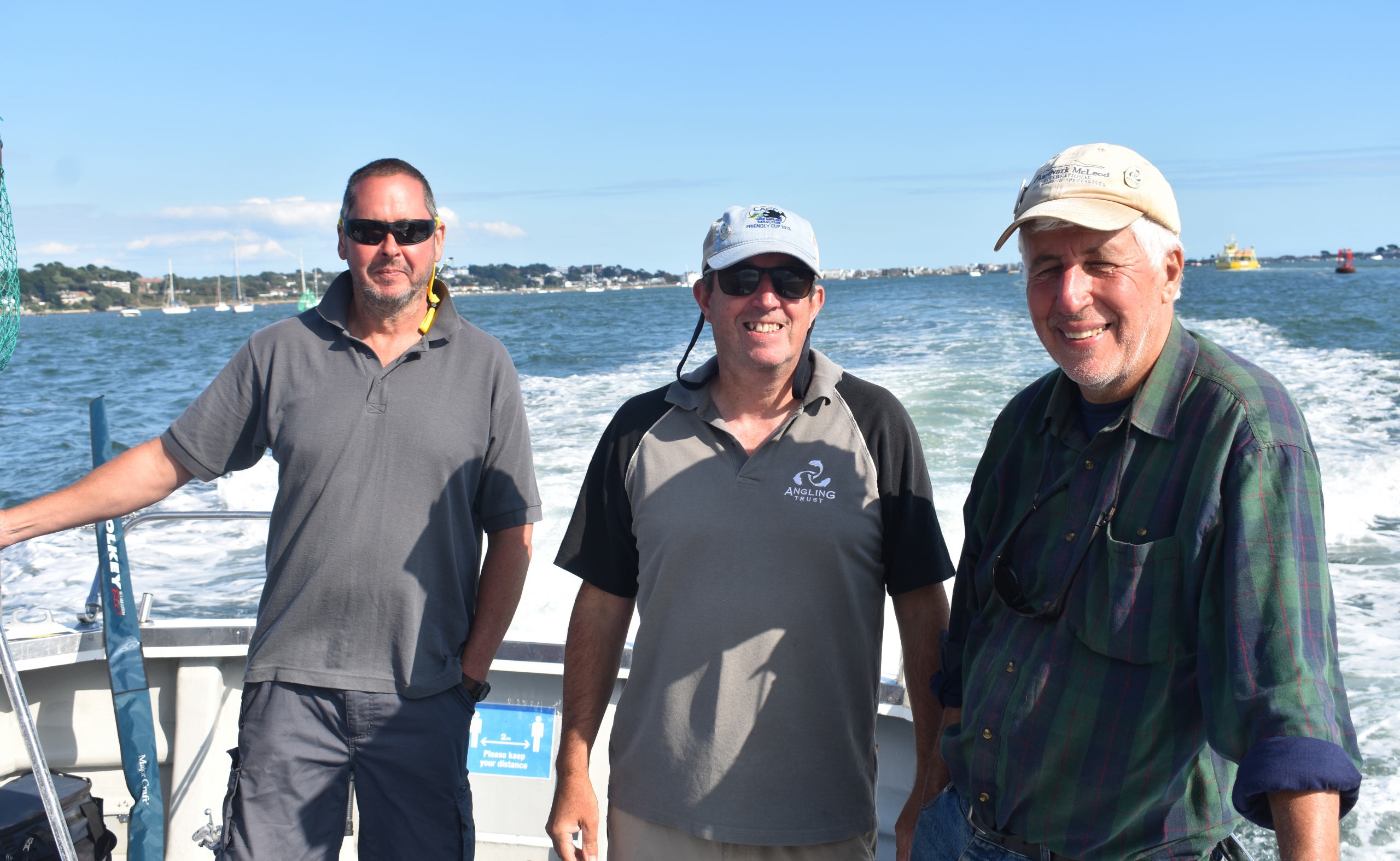 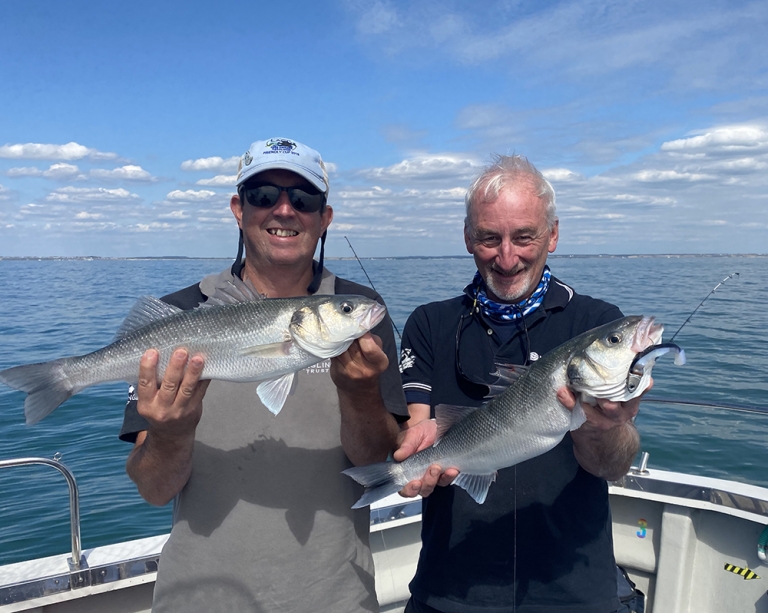 We were all fishing with light rods and reels, some supplied by Phil and the rigs in use were simple with a single hook rigs tied with a string of yellow and green beads set on a Zip Slider. Phil told us he had experimented extensively with the colour combinations and found that by far the best were this colour combination - this combo also works well where I fish regularly.

Now although I am all in favour of following the local techniques – I decided to try a couple of different rigs, my traditional spreader rig with two snoods presented in parallel and also a double hook flowing rig with one hook tied dropper style. I was curious to see if my methods worked as well as the local rig. Interestingly being a regular plaice angler I was expected to do well….although that didn’t work out as well as you might think. Anyway, all the anglers caught a plaice or two, albeit small specimens, except yours truly. I caught a number of species (including a surprise red mullet, a first for me) but not a plaice. 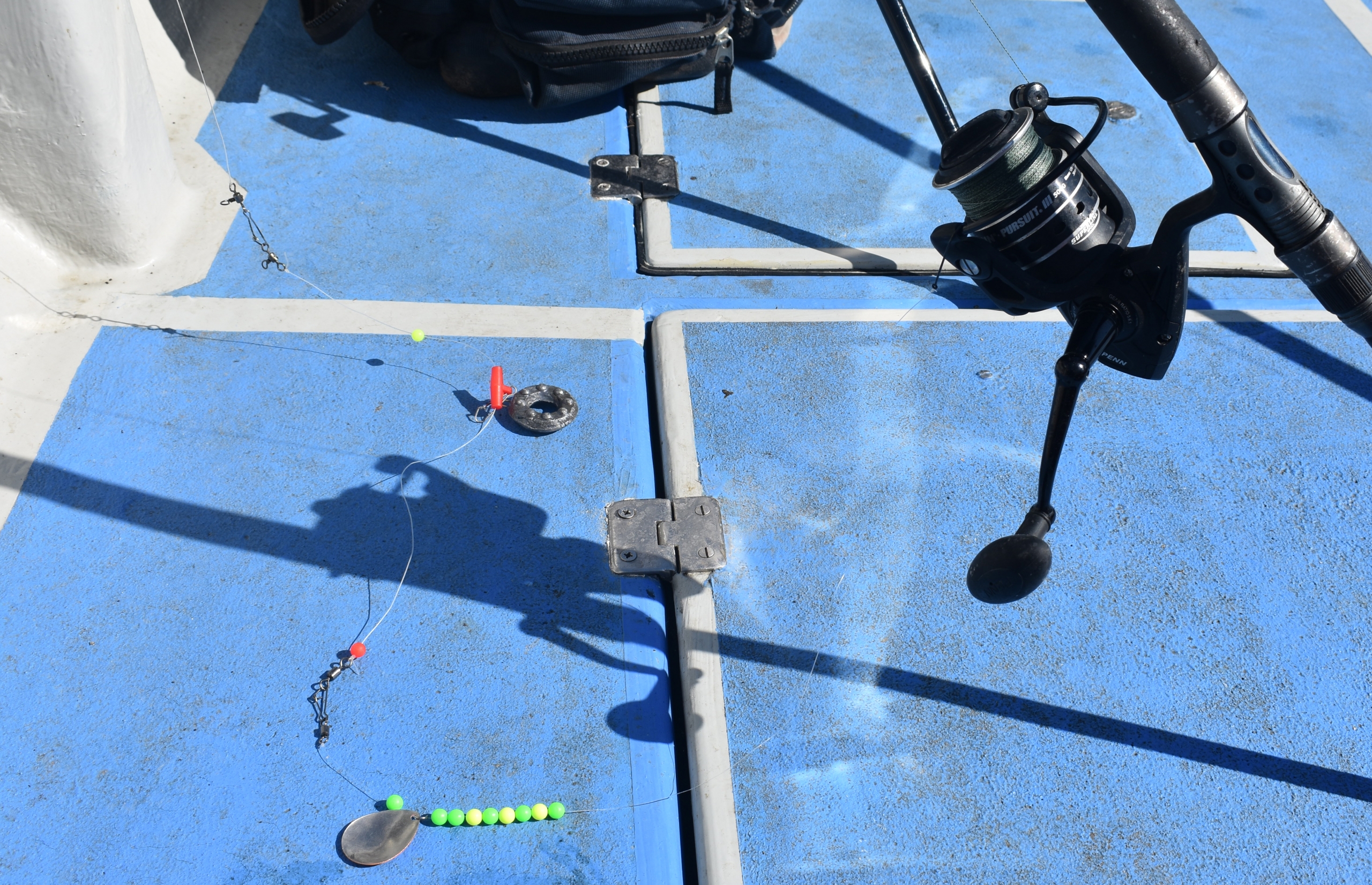 Bass on the banks

When the tide began to strengthen, we steamed out to a mark about two thirds of the way to the Needles to have a go for some bass. The area is widely fished but this was a bank the Phil had discovered and occasionally held good numbers of bass. We changed gear and were using lures…Fiiish Minnows to be precise (although as the day wore on others were tried). These we dropped to the bottom, wound up ten or so turns retrieving slowly, and then dropped down again to start the process again hoping for a take. Phil’s instructions were specific, “keep close to the bottom and I’ll tell you when fish are showing on the sounder”. I dropped down and waited until he gave the signal and then slowly wound in. First drop…bang! I and at least two others were in immediately. The fish were there – bass of about 3lb to 4lb. And from then on every time we drifted over the mark at least two, and sometimes all of us, got hits. Very few takes were missed, the fish were obviously feeding on sand-eels or similar over the banks. In the end we boated around 30 bass between the four of us, I made up for my plaice blank and lost count of the number of fish I boated. Only two were taken for the table with the rest going back to grow a bit bigger. 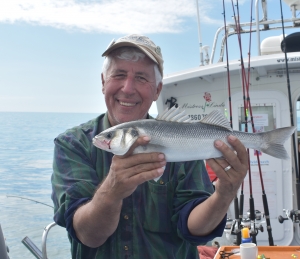 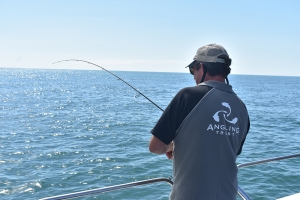 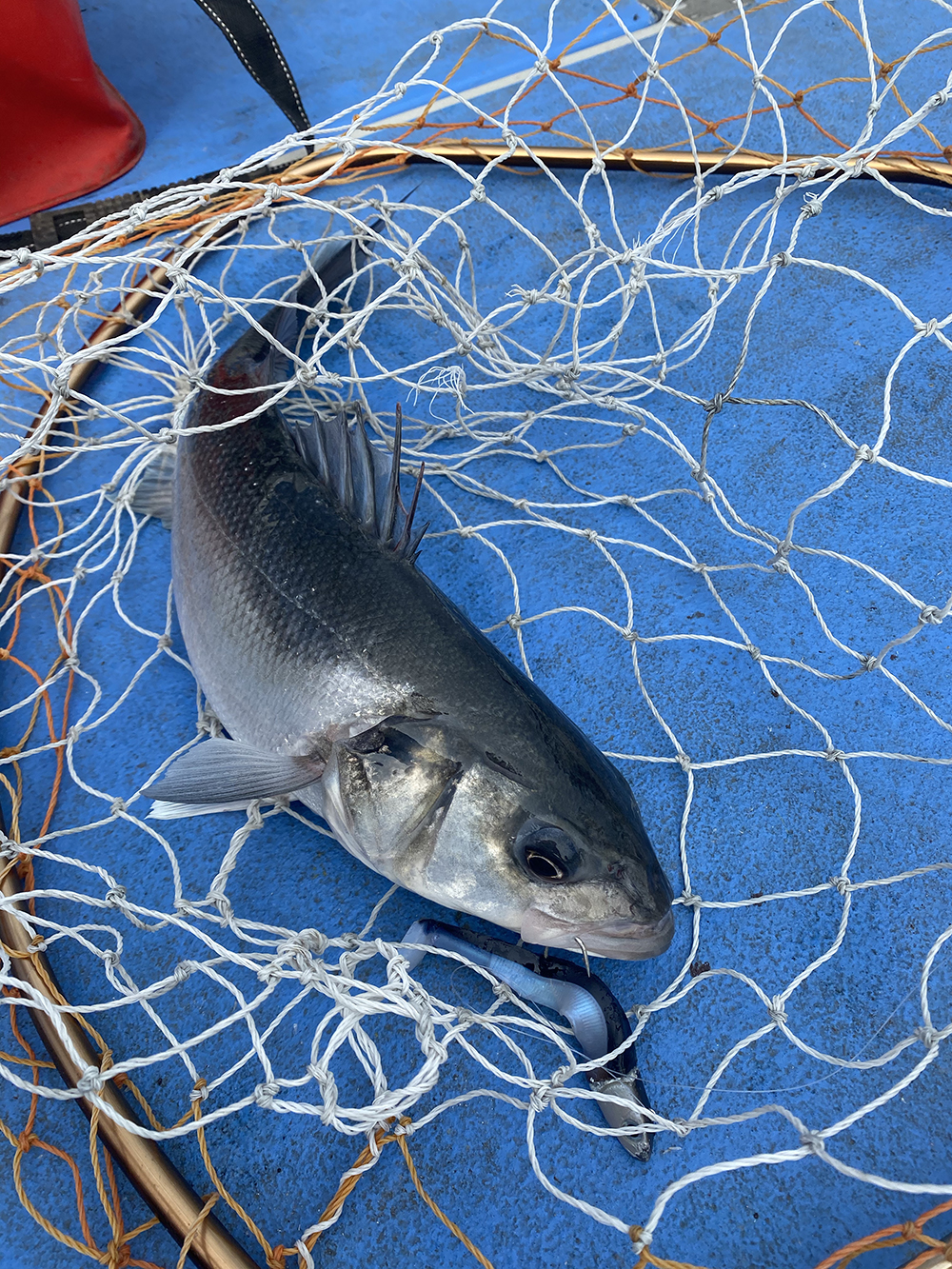 One thing I did do while we were drifting over the mark was to have a look at the area using Navionics’ new mapping chart Sonar Chart Shading. It proved illuminating – although you could clearly see the area on the 2D chart the “Shading” brought the area into relief and you could clearly see why the fish were there – it was an underwater ridge and the fish seemed to be concentrated in the western end shoaling in the tide with the current moving over their heads as they faced into it. The fish appeared to be concentrated into a very mall area around the mark – as soon as we had moved away the hits stopped.

So, a successful trip in beautiful weather, and at all times we were in the shadow of the towering cruise ships which had been parked in the bay, left to rest with a skeleton crew and their engines on, thrumming away in the sunshine.

After all that hard-fighting action we called it a day, apart from an hour trying for more plaice. A great day out and many thanks to Phil Higgins who skippered us.

Details of Phil Higgins’ Boat Mistress Linda can be found here at www.mistresslindacharters.com 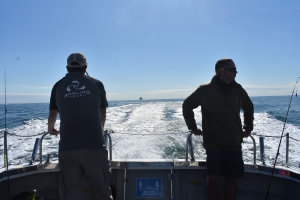