Although experienced skippers may make anchoring over their chosen wreck look simple there are, in fact, several issues that have to be considered each time. The primary objective is, of course, to end up with the terminal tackle in the correct position relative to the wreck. So, let’s examine the different issues involved. For simplicity, I will look at a situation where the wreck lies broadside on to the direction of tidal flow. 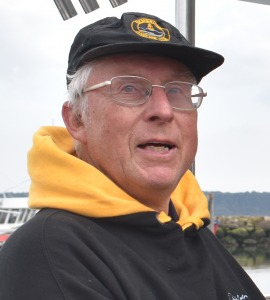 What is the desired position for the terminal tackle?

Often the main target species will be congers. Conventional wisdom says that, unless the wreck is very broken up, the optimum position for a bait is just in front the wreck. Skippers will normally have some high point on the structure of a wreck marked so that they can correctly locate their chosen one when it shows up on their depth sounder. This high point is not, however, where the terminal tackle needs to end up so the first task is to determine how to position the bait at the front of the wreck. This is done by either motoring or drifting down-tide over the wreck and making a note of the distance from the stored wreck position to just before where the wreckage first shows on the depth sounder. It’s a good idea to insert an additional “way point” at that point. 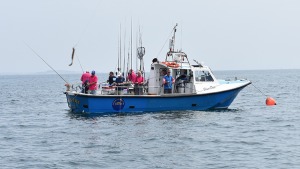 Where does the boat need to end up in order to allow the terminal tackle to be deployed in the desired position?

Aim to have lines at 45 degrees. This allows for a simple geometrical calculation: in a right-angle triangle with the sloping side at 45 degrees, the length of the horizontal is the same as the vertical. So, the distance the boat needs to be from the desired position for the terminal tackle is the same as the depth of water. In strong tidal flows the boat needs to be further away to allow for lines to be let out further than 45 degrees. As the tide eases, less heavier weights may be substituted and there would come a point where additional anchor rope may be let out in order to approach the 45 degree angle. 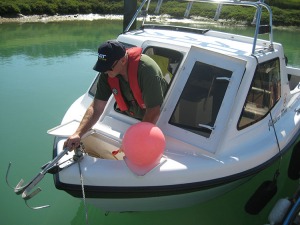 Where does the anchor need to be dropped to achieve the desired position of the boat?

So, having noted the distance the boat needs to be from the mark, the skipper will add a suitable distance further up-tide for dropping the anchor. This distance can be far less precise and will depend on factors such as the strength of tide and holding ability of the anchor.

Anchors hold better the closer the pull by the anchor rope is to the seabed. This is why heavy chain is normally used between the anchor and the main anchor rope. The stronger the tide and/or the less holding power the anchor has then the further up-tide the anchor needs to be dropped. Conventional wisdom has it that a minimum of 1.5 times the depth would be a reasonable distance from the desired finishing position of the boat for the anchor to be dropped.

Besides the distance up-tide, the skipper also needs to ensure that he has gone at the correct angle which needs to be aligned closely with the direction of tidal flow. In conditions of fairly weak tidal flows, any wind from directions other than directly in line the tidal flow is taken account of and the anchor position moved into wind to compensate the wind will pushing the boat across the tide. In a strong tidal flow the effects of wind will have little effect on the boat. Very shallow draft boats may still, however, be affected in strong flows.

Having dropped the anchor, a skipper will secure the anchor rope prior to reaching the eventual desired position in order to check that the anchor is holding correctly and is not dragging through the seabed before letting out the required amount. 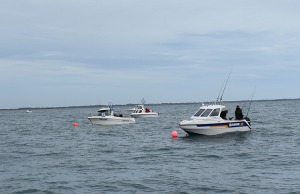 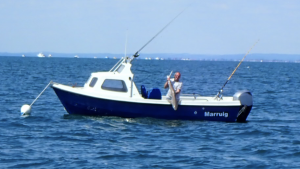 What about wrecks that lie pretty much with the tide?

Whilst such wrecks may be productive for fish such as pollack etc on the drift, they present more of a challenge for anchoring. The optimum position for the terminal tackle is usually the area immediately adjacent to either side of the wreck. The position is far less critical in terms of its relation to the length of the wreck but the distance is critical. For that reason, conditions where anything other than light winds blow at an angle across the tidal flow make successful anchoring difficult and almost impossible in conditions of very weak tidal flows. Requirements are similar to those for wrecks lying across the tide but the critical issue is assessing the precise angle of the tidal flow so as to deploy the anchor at the correct angle relative to where the terminal tackle needs to end up.

With deep-hulled boats and reasonably strong tidal flows, it is often possible to adjust the position of the boat across the tidal flow by securing the anchor rope in a side cleat on the bow and also turning the rudder. 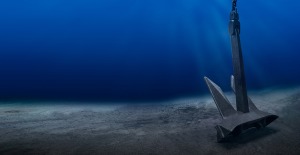 If re-anchoring the other side of the wreck on the next tide, how to maximise fishing time?

As the tide flow weakens to slack, any strong breeze towards the wreck in the direction of the original tidal flow will hold the boat over the original position for some time even after the tide has started to flow slightly in the opposite direction. Once the new tidal flow starts pushing the boat away from the wreck, against the breeze, then that is the time to reposition on the other side of the wreck.

If a strong breeze is blowing in the opposite direction then the boat will be blown back away from the wreck before the tide flow drops to nothing. Once that happens then one can re-anchor the other side of the wreck reversing the boat into the new or allow the breeze to push it there.

It gets much more frustrating if a breeze of any strength blows at an angle across the direction of tidal flow. As the tide eases, the boat will be pushed in an arc away from the wreck and that is when a lot of terminal tackle gets lost due to snagging if anglers allow their gear to drag across the bottom rather than raising it up clear. Once the boat lays totally in the direction of the cross breeze, it is probably sensible to re-anchor the other side of the wreck in the knowledge that it will be a while before the tide picks up enough to put the boat in the correct position.

There will, of course, be many variations of the above in individual circumstances but I trust this has provided at least some insight into the issues involved. 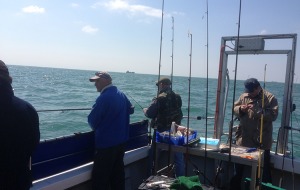 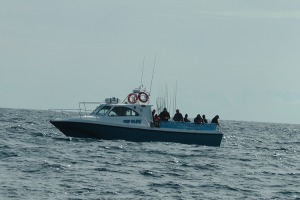